This is the No. 1 safety tip for truck drivers 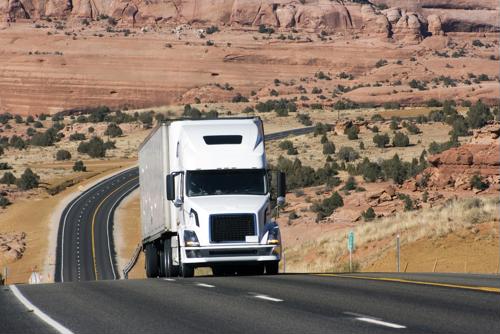 Truck drivers can have a dangerous job. It may not be obvious, after all, those who don't do it may think of it as sitting down all day and cruising. But drivers need to be alert, aware and attentive while driving. The alternative can be dangerous, not only to them but those driving around them. This is why the No. 1 most important tip a driver can use is to be prepared. Being prepared can prevent accidents from happening and can potentially even save lives.

Planning a route and mapping it out is the first way to be prepared. A driver that knows exactly where they're going, when they'll be taking breaks, where they can sleep and eat, and how long it will take them to get there by their deadline is in a safer position than one who doesn't take that time to prepare. Think about it. A driver who hasn't scheduled their time properly might be in a rush, which is never a good mindset to be in behind the wheel and can lead to errors and dangerous activity like speeding. A driver who doesn't have their route planned might also spend too much time fumbling with a map or GPS, which would distract them behind the wheel.

Truck drivers can also minimize risk by preparing their body and mind ahead of a long drive (or any drive, for that matter). In order to do this, they should get adequate sleep. One of the most dangerous and deadly things a driver can do is fall asleep or doze off while behind the wheel. It puts themselves and anyone else on the road in an unsafe situation. It should go without saying, but drivers should also prepare by not drinking or engaging in drug use before driving. Even if they aren't currently under the influence, being hungover or groggy is also dangerous.

Drivers can prepare themselves by bringing healthy snacks and meals. This will keep them alert, keep their blood sugar from crashing, and ensure they feel stable as they embark on their drive. These drives can be long hours, and being hungry or even super full can contribute to distraction and take away from a clear head space.

The final way drivers can be prepared is by checking their truck to make sure it's in compliance and doesn't need any maintenance. If it does, they can complete that maintenance before starting their drive. This is a crucial preparation step, because a malfunction with the truck is something that could be completely preventable if the driver simply checks and resolves it.

With 3.5 million truck drivers in the United States, according to the Census, it goes to show just how many people are relied upon to be safe and prepared.

Whether you're a truck driver, manage truck drivers, or work alongside them in any capacity, these are important points to keep in mind. When truck drivers are safe, it keeps all those around them safe.