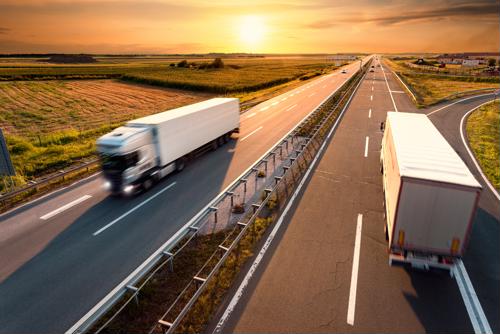 Americans are seeking stability in their careers. Especially now, in such a period of uncertainty when experts are debating whether we're entering a recession in the United States, stability in a job is important. While there is conversation about the economy taking a turn, people want to know that they will have their steady paycheck. People considering getting into truck driving might wonder whether there is job security in the industry. There are three major reasons that truck driving is a stable job, as follows:

1. There is a shortage of drivers.

According to Forbes, there is a shortage of truck drivers. This has been an ongoing issue in recent years. There simply aren't enough drivers to keep up with the demands of the shipping and freight industry. This means that companies are doing whatever they can to hire and retain drivers. When it comes to the recession debate, people tend to look at the trucking industry as an indicator of the economy, per NPR. This is because the more people are buying, the more shipping needs to happen and in turn, more trucking. While this is a high-level perception, there is some merit to it as it's been used to predict recessions in the past. There has been a slight downturn as of late, and although the extreme shortage of drivers is down, there is still a major need.

2. You can get started quickly.

While this doesn't answer the question of long-term stability, it does offer it up for the short term. Many well-paying jobs require training or a degree which can be time-consuming and expensive. Truck drivers do need training and licenses, however when stacked up against some other positions, they're relatively quick to obtain which means that drivers can start working quickly. For many people, it's difficult to dedicate time and resources to training and if you're looking at a certain amount of time without a paycheck, it may even be impossible. Some companies will even pay for your truck driving training and licenses, which offers even more stability and an easy on-ramp to get started.

3. There is potential for a good salary.

Given that there isn't a need for a college degree, which also takes a major expense out of the picture, salaries for truck drivers are generally solid. According to Marketbusinessnews.com, the average salary that a truck driver earns annually is around $74,000 per year. The top 10% of truck drivers earn approximately $100,000 per year. This is a respectable wage for most Americans. Salary and stability go hand in hand. After all, if it's difficult to make ends meet, that wouldn't be considered very stable.

Keep these three reasons in mind when considering whether or not truck driving is a stable job. Whether you are hiring truck drivers, managing them, or looking to become one, it's important to consider these points.