Why truckers shouldn't panic about a recession 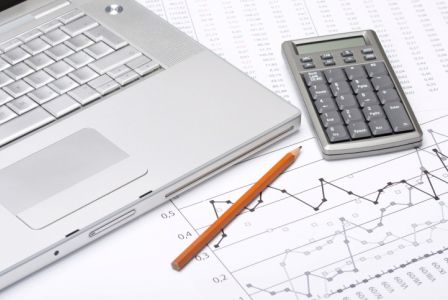 Nobody can predict the future. So while half of experts are saying we're in for a steep economic downturn and ultimately a recession, the other half of experts are saying the outlook is positive. When people and businesses panic and resort to cutting spending, layoffs and other drastic measures simply based on predictions, it affects the entire economy. So, the last thing you should do when facing a possible recession is panic.

Truck driving companies are no exception. The Wall Street Journal reported that shipping is experiencing a fall in need. But so long as your business is operating and functioning, that's what matters.

Are people worried?
There is data that shows people are increasingly worried about a possible recession, per Forbes. There are a number of factors that people are pointing to, but as mentioned earlier, there are just as many that others claim to show we're heading into a prosperous future. Some companies are downsizing their workforce as well as their office space. Others are cutting services and scaling back on their plans for expansion. While it's difficult to determine how necessary these steps are without seeing the bottom line, if it's simply out of panic rather than need, it's the opposite of what should be happening.

Why panic furthers the issue
According to Forbes worry is normal, particularly when it seems like the media is flooded with different angles and answers about whether a recession is looming, but panic is what can set things off. Panic, which puts people in survival mode, will only add fuel to the "recession fire" and stoke it, causing it to grow.

There are some positives to look at. For example, the job market remains strong. Jobs are continuously being added to companies. So from that standpoint, some would argue we're going in the opposite direction of a recession. Being in the trucking industry, you are likely keenly aware of the shortages that have plagued the industry, seemingly forever. So although there might be less need, the struggle until now is not having enough drivers to fill the need. Might this balance out?

How to take action
The best way to get through a recession, as a business and a person, is to focus on job security and pad your emergency fund if at all possible. Don't take extremes and resort to immediate layoffs as a business owner or cashing out on your stocks as an individual. Again, these are actions that stoke the fire.

Instead, consider how to make yourself and the business invaluable. Tend to relationships, invest in training, and consider evaluating any extra or frivolous costs that you can cut back on in case of emergency (like losing your job).

At the end of the day, the trucking industry isn't immune to recession, but it is a stable and necessary line of work making it a good place to be at a time like this.