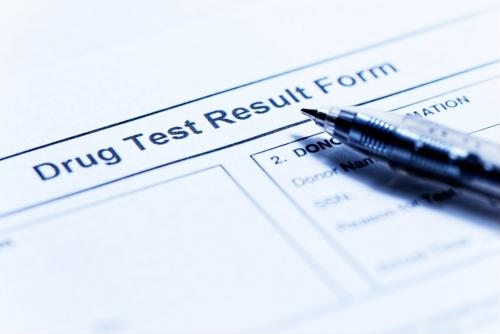 You've gone through the interview process, you've been offered a job, now what comes next? Typically, most applicants will enter the background check portion of the hiring experience once they have accepted the position. The job is likely contingent on passing the background check with results that are satisfactory to your future employer.

The contents of the background check can vary between different positions and industries. For example, it makes sense for a truck driving company to look into any previous arrests (particularly driving under the influence) and drug use. This is a career where driving safely is of the utmost importance, for the driver and anyone else on the road, so most companies will require this. If you have any DUIs or drug use in your past, an employer may not want to move forward with your job offer.

You may be wondering exactly what comes up in a pre-employment drug screening and what employers are looking for. These tests, usually given through a urine sample, are looking for signs of illegal drugs or misused prescription drugs. Sometimes these tests are done through blood, saliva, hair, or sweat instead of urine. They can be conducted at a lab, hospital, drug treatment center, or at the workplace.

Drug tests vary, but according to medlineplus.gov, they are generally screening for the following:

Today's toxicology tests can detect signs of drugs used from mere hours to several days or more before taking the test. How far this time period stretches all depends on the test and the method of retrieval (or how the sample is provided).

If you're concerned about drugs that you've been prescribed by your doctor, this shouldn't be an issue. Your employer cannot penalize you for testing positive for a legal drug that you have a prescription for. If that drug might affect your ability to do your job, however, that is another story. In most cases, this wouldn't happen. If you're concerned about the test, you can always speak with the provider of the test or your potential employer.

It's also important to be aware of marijuana use. Although marijuana may be legal in some states, some employers still don't tolerate it. Again, this varies between companies, industries, and the jobs themselves, but it is legal for employers to deny employment for the use of cannabis according to pewtrusts.org.

This is all important to know before you move forward with the next steps of your job, regardless of whether you have participated in illicit activity.