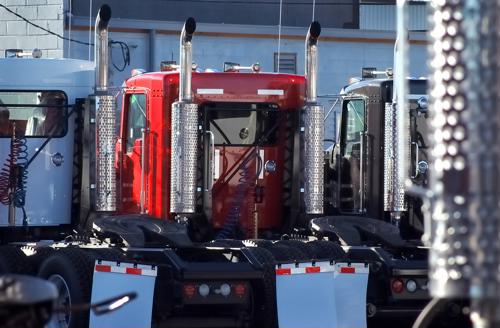 A persistently high turnover rate is one of the trucking industry's most pressing challenges. In virtually all age groups, the amount of people who are hired by motor carriers and logistics entities in a given year is often substantively more than other industries because those same hires wind up leaving shortly after joining. In 2020 alone, for example, the turnover rate among large fleets was over 90%, according to data compiled by the American Transportation Research Institute. This compares to an overall turnover rate across all industries of approximately 57% that same year, according to the Bureau of Labor Statistics.

These recruitment challenges have prompted employers to double down on their hiring and retention efforts, which have included better pay, expanded benefits, more flexible work schedules and more options for which routes they select for deliveries.

Which incentives work the best? The ATRI is out with a report documenting which retention practices are most effective in persuading young people to enter the trucking business — and to remain there:

1. Better pay
For both small fleets as well and large fleets, increasing the salary offerings for open or current roles proved to be the most successful retention strategy. Motor carriers as well as employers that need truckers to deliver goods — like grocery stores and big-box retailers — are paying drivers much more than they have in the past. As CNBC reported in April, Walmart announced its first-year drivers have the potential to earn between $95,000 and $110,000.

2. More choices for work schedules
From long commutes to working the third shift, trucking can be a demanding profession, but having the ability to set your own schedule can make the challenges easier to manage. This may explain why flex scheduling proved to be the second-most effective recruitment tool for large truckload fleets. Some employers were able to make flexible schedules possible by successfully filling open positions.

3. More vacation time
Trucking is an always-on profession; goods need to get to their intended destination quickly and by the time that's scheduled. However, employers have been able to give their drivers more time to themselves, which has paid off from a retention perspective.

Group coverage is highly valued among Americans in general. A recent poll from Gallup found 16% of respondents — approximately 1 in 6 — are in a job they don't like mainly for the health insurance, something that they'd lose if they left.

5. More route options
Working the same delivery route day (or night) in and day out can get repetitive and monotonous in a hurry and has sometimes served as a sufficient reason to leave the industry. But employers have been able to mix up the routes their drivers go on through better training, communication and collaboration. GPS has served as a game-changer in this area, making it easier to find destinations that are difficult to find using maps or relying on human input, which is prone to error.