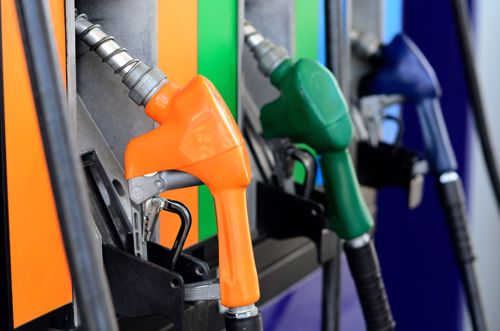 Skyrocketing prices at the pump have put a tremendous financial strain on motor carriers, many of which were already stretched thin raising drivers' annual salaries, paying the necessary cost for ongoing maintenance for their fleets of trucks, renewing automotive insurance policies and other expenses. And with the busy summer travel season fast approaching, more Americans fueling up will push prices to even higher ground.

It's for this reason that the American Trucking Association is calling on lawmakers on Capitol Hill to be more aggressive when it comes to increasing the supply of oil.

In a blog post on its website, the ATA noted that truckers are being hit particularly hard by soaring energy prices; that's because over 90% of commercial trucks run on diesel, the fuel source which has experienced the most exponential price growth. Indeed, according to the most recent figures available from the U.S. Energy Information Administration, the average cost of a gallon of diesel nationally is $5.70. That's up 16 cents from the previous week and a $2.43 increase from the $3.27 that a gallon of diesel cost a year ago. Unleaded regular, the primary fuel source that passenger vehicles run on, costs $4.87, up more than a quarter from a week earlier and by $1.84 from 12 months earlier.

"Right now, motor carriers are getting slammed by nightmarish surges in the price of diesel," the ATA said in its June 2 blog post. "It's especially hard on smaller fleets, which don't operate at a scale to negotiate rates down or lock prices into a contract. These small businesses account for 97% of trucking companies in the U.S., running 20 trucks or fewer."

What can be done to lower fuel prices
The good news, ATA continued, is that pain at the pump can be assuaged by increasing supply to match demand. To do so, ATA is calling upon Washington — meaning both members of Congress as well as the White House — to fast-track natural gas and onshore oil permitting to expand production, expedite permitting for pipeline installations and to make better use of the oil and natural gas found in the Gulf of Mexico. Leveraging the oil found in the Gulf area can be done by making it easier to obtain the leases and permits needed for offshore energy production.

In the meantime, lawmakers in other parts of the country are taking steps to reduce the cost of fuel — both for everyday drivers as well as those who do so for a living. For instance, New York Governor Kathy Hochul said she will place a moratorium on several taxes that are applied to diesel as well unleaded gasoline. As noted by Overdrive, this will reduce the cost of diesel by approximately 15 cents per gallon. As of June 7, a gallon of diesel on the East Coast is $5.92, according to EIA data.

The fuel tax holiday began on June 1 and will remain for the remainder of 2022. Currently, three other states — Georgia, Florida and Connecticut — have also placed a hold on gas taxes, according to Newsweek.