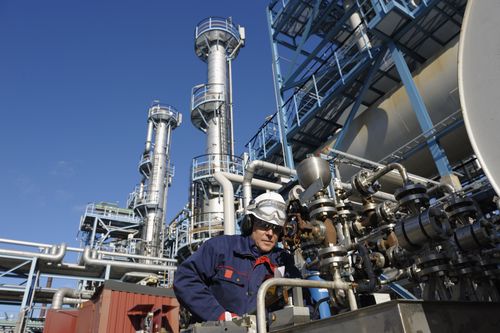 Even if the federal gas tax holiday is installed, few are convinced that it will be much of a stopgap to ever-rising fuel prices. This sentiment even includes the White House, which recommended the move as a cost-cutting measure, albeit temporary. Some critics even think it could drive prices higher by prompting increased consumption, knowing prices will go up when the holiday expires.

The trucking industry isn't convinced either, as the American Trucking Association is slamming the move as a "gimmick."

Speaking on behalf of professional drivers and motor carriers, ATA President and CEO Chris Spear says the federal fuel tax holiday is a fatally flawed solution that fails to get to the root of the issue, which is too little supply for the level of demand. In fact, by moving forward with this proposal, a temporary moratorium on the gas tax would undercut some of the sound policies that Washington has signed into law.

"After months of touting the passage of the well-funded Infrastructure Investment and Jobs Act – a much-needed investment in our nation's roads and bridges – the Biden Administration wants to cut that same highway system's primary source of funding with a suspension of the federal fuel tax," Spear noted in a statement, which is available at the ATA's website.

The federal gas tax — which accounts for approximately 10% of the price of diesel and gasoline, based on estimates from the Energy Information Administration — pays for a variety of public services, including the installation, maintenance and repair of roads and bridges throughout the United States. The money goes into the Highway Trust Fund and the taxes produce as much as $25 billion per year in annual revenue for the fund, according to The Wall Street Journal.

By proceeding with the gas tax holiday, Spear contends, the solutions discussed in the Infrastructure Investment and Jobs Act will lack the appropriate funding to move forward.

Will it lower prices? Critics don't think so
Another issue that critics have with suspending the gas tax is its ineffectiveness. The federal gas tax adds around 18 cents on to the cost of fuel. The difference in savings for motor carriers and families will ultimately be negligible — assuming that the average price of gas and diesel remain where they are, averaging more than $5 per gallon for both fuel types. Since it takes time for policies to translate into action, and because pricing is influenced by speculation, the 18 cents savings may not manifest itself for weeks after the holiday goes into effect. Additionally, if supply diminishes and demand increases, that will cause prices to increase, nullifying any savings the holiday was meant to create.

Spear said a better solution is making it easier for oil producers to drill and to stop relying so much on Middle East markets for supply. The administration should also aim for a balanced budget and renew trade agreements with the European and Asian Pacific nations to support domestic development.

"Energy independence, trade and a balanced budget," said Spear. "Do that, and America wins."