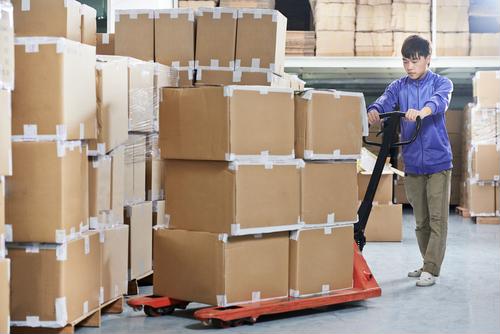 It costs money to get products and deliverables to their intended destinations, and in 2021, businesses spent a lot of it. A new report confirms, a trend that foreshadowed the current direction of runaway fuel prices.

Businesses nationwide spent an estimated $1.85 trillion on logistics last year, according to a newly released report from the Council of Supply Management Professionals. That's over 22% more than what they paid for transportation, warehousing and ancillary services compared to 2020 and is around 8% of the United States' gross domestic product. GDP is the total value of goods and services that a country produces in a given year. The U.S. leads the world in GDP, which totals nearly $24 trillion through the first three months of 2022, according to the Bureau of Economic Analysis.

Logistics services are wide ranging, the likes of which include transportation, warehousing, customer support as well as administrative. Unsurprisingly, ground-based transportation accounted for a substantial portion of the growth in spending. Indeed, approximately $415 billion went toward private fleets and dedicated contract carriage, the report said. That's 39% more than 2020. They also paid more for inventory — 25% more, in fact, or what amounted to $502 billion.

Inventory is something that retailers have a whole lot of, as big box stores such as Target, Walmart and Home Depot have overestimated demand among consumers. This has made deliveries unpredictable for motor carriers, who are aiming to be as efficient as possible with their deliverables and freight to minimize deadheading.

Diesel prices are up 74% from a year ago
Driving the rapid growth in business expenses is how much more it costs for motor carriers and logistics companies to fill up their tanks, especially diesel, far and away the most common fuel type commercial trucks consume. During the week of June 13, 2021, the national average price for a gallon of diesel was $3.27, according to the Energy Information Administration. Fast forward to today, it's almost $5.71 — a 74% increase. Regular unleaded isn't much less, averaging more than $5 per gallon, based on government estimates. That's up from $3.07, a 63% increase.

The degree to which logistics operators are spending more isn't entirely a product of diesel and gasoline. Network inefficiencies were part of the problem as well. The Council of Supply Management Professionals noted in their 33rd annual State of Logistics Report that problematic ports, labor shortages and breakneck demand all contributed to a higher costs-to-GDP ratio than in years past.

With prices at the pump showing no signs of slowing down, will logistics spending be even more in 2023? Not necessarily. FreightWaves noted that due to the dramatic uptick in the costs of goods and services caused by inflation, consumer demand is cooling off considerably, which will directly impact what companies spend on transportation, warehousing and ancillary services moving forward. The Federal Reserve raising interest rates is also expected to diminish what Americans spend on goods.