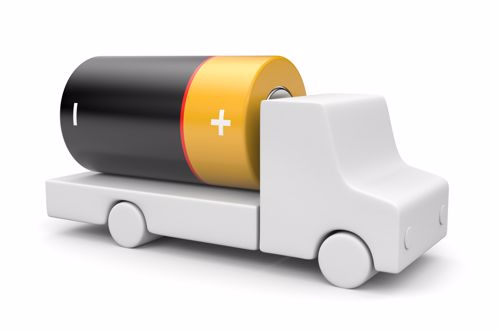 With fuel prices reaching unprecedented highs for both gasoline as well as diesel, more Americans are contemplating the purchase of a hybrid or all-electric vehicle, since several automakers now offer them, including Ford, Toyota and Chevrolet.

Many motor carriers are also considering investing in a zero-emission truck or fleet of vehicles as a potential way to reduce their operational expenses; after all, Tesla, Volvo, Peterbilt and Freightliner all have offerings. But with only a few hundred registered for use in the United States — compared to thousands that are registered in Europe and even more than that in China — motor carriers have largely been reluctant to kick the tires on battery-powered big rigs, even if it would reduce their fuel use and potentially lower their transportation expenses over the long term.

The sticker price of these vehicles appears to be what's stopping them, as motor carriers are paying more to stay in business

When it comes to biggest barriers to purchasing hybrid or all-electric commercial trucks, 56% of motor carriers said cost was the main issue, according to a newly released survey from Convoy. The poll, which involved nearly 600 small and mid-sized trucking companies from across the United States, asked respondents a variety of questions about the trucks they own or use, how often they're on the road, the length of their typical loads, how many trucks they currently have and how soon they intend to buy replacements or to join their fleets.

3 in 4 expect to buy a new truck in three years or less
For the vast majority of respondents polled, more than three-quarters plan on buying a new truck within the next three years. Indeed, close to half — 48% — said they expect to be in the market for a new tractor or semi inside of the next 12 months. Fuel economy will be a leading consideration for what truck motor carriers wind up selecting, with over 75% saying a truck with good mileage would be a "very important" factor for them, the Convoy poll revealed.

Yet despite the fact that hybrid and all-electric trucks are more fuel-efficient than diesel or gasoline-powered trucks, most of the survey's participants noted that electric trucks were too cost-prohibitive for them to seriously consider buying.

In a high-inflation environment, automobiles in all their forms cost more today than they did even a year ago. According to vehicle valuation firm Kelley Blue Book, new-vehicle prices were up 13.5% in May compared to the same period in 2021. But even prior to the supply chain snags and inflation woes, battery-powered commercial trucks were in the low-to-mid six-figure range, depending on the make and model.

But between rising insurance costs, permits and licensing as well as raising employees' wages as a means of recruitment and retention, paying upwards of $400,000 for trucks than run on electricity is financially infeasible.

Electric trucks are expected to be more budget-friendly in the not-too-distant future, however. A study from the California Electric Transportation Commission forecasts battery-electric trucks in the state will have a lower total cost of ownership by 2030 than diesel trucks of a similar size, even if the purchaser doesn't leverage subsidies.