How ballooning gas prices may be a catalyst for motor carriers 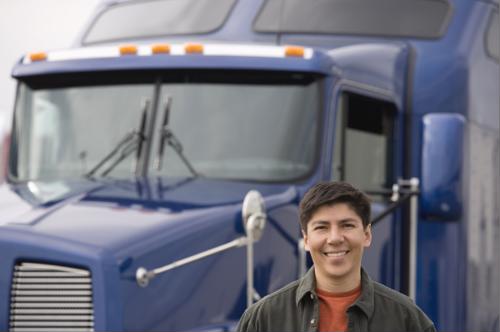 Costing motor carriers more than $5.50 for a gallon of diesel, according to the most recent figures from the U.S. Energy Information Administration, fuel prices are at all-time highs. Economists expect them to move to more expensive territory with the busy summer travel season around the corner.

Given raging inflation and the driver shortages that persist across the sector, investing in state-of-the-art technology may be a solution that could solve the industry's two most pressing problems, according to some subject matter experts.

With the driver shortfall approximating 80,000, based upon the American Trucking Associations best estimates, offering higher starting pay isn't the only way to attract and retain more professional drivers. Another is leveraging the technology that grabs prospective hires' attention, especially Generation Z, said Jamison Craig, who works for a Singapore-based logistics firm that has locations in the U.S.

Gen Z is highly adept at digital tools, having grown up during its revolution. Speaking to FreightWaves, Craig said that investing in these solutions can encourage more up-and-comers to consider trucking as a career path and reduce business costs simultaneously by improving worker efficiency. While some carriers have embarked on digital transformation, they're the exceptions to the rule.

"I've talked to friends of mine who are local carriers, particularly the independent contractors for some of the big brands that do ground service," Craig told the publication. "Their systems are so antiquated right now. An example of antiquated methods is route optimization routing: They're literally in a break room on a laminated map, routing their deliveries for the day."

Tech can help carriers work smarter
He further stated that all too many companies have very crude pickup methods in place, which prevent them from communicating updates to their drivers quickly. Thus, when drivers come back from their deliveries, employers will often tell them they have to go back to wherever they came from to perform another task when that could have been avoided by touching base. This not only wastes fuel but contributes to driver turnover because of the frustration that it engenders.

Spencer Barkoff, who co-founded the software firm Relay Payments, echoed some of those sentiments. Indeed, just as motor carriers want to reduce their costs, the same is true for truckers. Well-developed technology can help them do that.

"Like any other line of work, drivers want to maximize their ROI and often leave the industry due to antiquated processes that result in lost revenue or unmanageable costs," Barkoff told FreightWaves. "As a result, carriers that can eliminate driver frustration have a real advantage in recruiting and retaining talent.

Adopting zero-emission trucks may also help to rein in costs over the long term while attracting more Gen Z workers, since surveys show this generation prioritizes sustainable solutions to a greater extent than millennials or baby boomers. Lawmakers are looking to incentivize the transition with bills like the Hydrogen for Trucks Act. The bipartisan legislation would award grants to motor carriers, who could then use the proceeds to purchase hydrogen fuel cell trucks.