Why there's a lot to feel good about in trucking 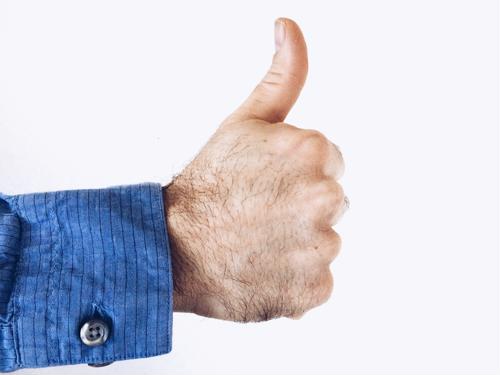 Between skyrocketing prices for diesel, an ongoing truck driver shortage, climbing surcharges and a severely broken supply chain, bad news seems inescapable for motor carriers and truckers these days. But despite the undoubtedly troublesome issues, there are plenty of silver linings — making the transportation industry to be in during uncertain times.

Speaking at a NationalLease meeting held in Atlanta, Georgia, Jim Meil of ACT Research told attendees that for every negative thing that's affecting the sector, there's something positive happening too.

"Trucking and transportation are still at the head of the class," Meil said, as quoted by FleetOwner.

One of those positives is demand. Even though the Consumer Price Index and Producers Price Index — key indicators of inflation — are at highs last seen in the 1980s, motor carriers are as busy as they've ever been. And they expect that demand to continue. Indeed, in a recent poll conducted jointly by Truckstop.com and Bloomberg, nearly three-quarters of business owner respondents said they anticipate load growth to continue apace in the second half of 2022, FleetOwner reported separately. Temperature-controlled carriers — which primarily transport goods that need to be kept hot or frozen, such as food or environment-sensitive — were even more sanguine regarding demand, with 77% expecting higher volume in the back half of the year than the first six months.

Another upside is business owner sentiment, Meil said. Again, despite the fact that organizations are spending more on operational expenses and are frustrated by the ongoing supply chain problems, many remain in upbeat spirits all things considered.

Business owners showing signs of weariness
However, more recent polls suggest that those good feelings appear to be waning. For example, in a Vistage/Wall Street Journal survey conducted in March, small-business owner confidence fell to 90.5, down from 99.3 in February and from 102.5 in December. Respondents attributed their pessimism to Russia's invasion of Ukraine and the ongoing hostilities there.  Another poll done by the National Federation of Independent Business had similar results, with its Optimism Index holding steady at 93.2 in April. That's down substantially from the 50-year average of 98.

Other encouraging signs for trucking that Meil hastened to mention include lean inventories, high credit availability, solid fundamentals in the economy (such as low unemployment), consumers' continued interest in big ticket items, and a reduction in COVID-19 infections.

Nonetheless, Meil did acknowledge the industry's pain points. From inflation to higher interest rates to skyrocketing prices for commodities, truckers and motor carriers have an uphill battle ahead. Just how much longer these obstacles remain in place — and to what degree they'll impede growth — will largely depend on whether inflation notably falls in response to the Federal Reserve raising key interest rates, the outcome of the war between Russia and Ukraine and if the coronavirus continues its retreat.

However, as was the title of his presentation, Meil remains firm in his belief that trucking remains "a good place to be in a crazy world."