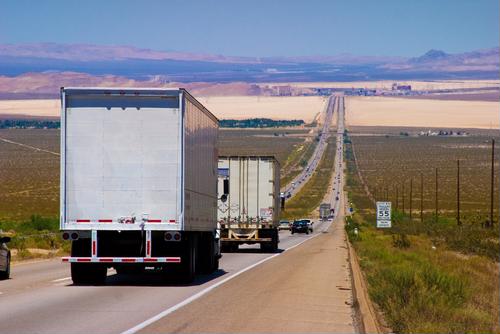 Deadhead expenses come with the territory as a motor carrier: Since the ultimate goal of a trip is to deliver what's on the back of the truck, commercial drivers will spend a good portion of their time not carrying anything. Surcharges do help to offset empty miles among large fleets, but with midsize fleets unable to leverage the same cost mitigation strategies, the cost of running on empty adds up.

And with diesel prices at the pump now at all-time highs, the costs of those empty miles are poised to add up a whole lot faster for motor carriers for the foreseeable future.

Assuming the cost for a gallon of diesel maintains its current trajectory, motor carriers are poised to spend an additional $2,000 to $3,000 per truck in empty miles this year than they did in 2021. That's according to a new report from FreightWaves, which analyzed the most recent figures available from the Department of Energy.

Similar to the price of regular unleaded gasoline, diesel prices have risen rather appreciably for much of the last year, but they've skyrocketed in the past month or so. Indeed, a gallon of diesel cost approximately $4 in early February, according to the U.S. Energy Information Administration, but now, the national average for diesel is $5.18. That's a five-cent increase from the previous week and up more than $2 from what the price was a year ago.

As previously noted, larger fleets are able to utilize surcharges to soften the effects of fuel price fluctuations, but since the majority of carriers are small or midsize — and thus don't have this cost-cutting measure available to them — spending thousands more on empty miles will be difficult for the industry to absorb.

Industry calls on White House to prioritize domestic drilling
This fact is among the reasons why trade groups are imploring the White House to make increasing domestic oil production a top agenda item. Last month, American Trucking Associations President and CEO Chris Spear sent a letter to President Joe Biden that urged the administration to "expedite" both onshore and offshore gas permitting.

"We cannot let an energy crisis compound the supply chain crisis," Spear wrote, "and we have the power and resources to prevent that from happening."

The Biden administration has since announced that it's tapping into the United States' strategic oil reserve to increase supply. The White House said in an official statement that it will derive an additional 1 million barrels of oil per day from the reserve over the next six months, which will make this the largest release of oil since the reserve was created back in the 1970s.

As for gas permits, which give oil companies license to drill on federal lands, the White House said there are at least 9,000 permits that have already been approved. It's on producers to start putting those permits to use.

"Companies that continue to sit on non-producing acres will have to choose whether to start producing or pay a fee for each idled well and unused acre," the White House said.