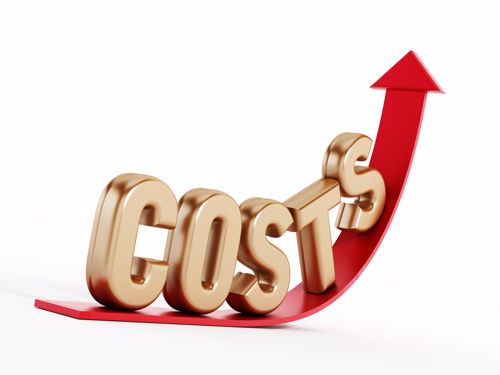 In many ways, the pain points that the trucking industry faces are a microcosm for the U.S. economy as a whole. From high fuel prices to labor shortages to supply chain interruptions, these challenges are preventing motor carriers and logistics entities from performing at their level best.

But of the overarching issues facing the industry, stakeholders point to the rising cost of diesel as the most problematic of them all, according to a newly released annual survey performed by the American Transportation Research Institute (ATRI).

Registering an industry concern index of 100 — on a 0 to 100 point scale — fuel prices were cited as the most troublesome problem among industry stakeholder respondents. This marks the first time in nearly a decade that fuel prices were in the top 10 list. It's also the first time in five straight years that the driver shortage wasn't No. 1. With a industry concern index of 85, the driver shortage came in at No. 2.

Fuel prices are up 35% for employers
The cost of diesel, the primary fuel type used by commercial vehicles, has been persistently high for over a year now, despite prices diminishing slightly within the past few months from an average of over $6 per gallon nationally this past summer. As of Oct. 17, the average across the country for diesel was $5.34, according to the U.S. Energy Information Administration. That's up approximately $1.67 from the same time last year. On a more granular level, fuel is costing motor carriers approximately 35% more on a per-mile basis than in it did 2021, with firms on the West Coast spending the most (43 cents per mile), according to the ATRI.

Harold Sumerford, Jr., chairman form the American Trucking Associations, noted motor carriers and truckers are facing a perfect storm of obstacles this year, making each one that much harder to solve because they feed off one another.

"High fuel prices and finding drivers were two of our industry's biggest challenges – challenges made more difficult by the economy and the continued lack of truck parking," Sumerford explained in a press release.

With more of motor carriers' operational expenses going toward the ever-rising cost of fuel, they have less available to spend on raising drivers' wages. Nevertheless, most employers have increased salaries. The median wage for less-than-truckload fleets in 2021 was $73,000, according to the ATA's most recent Driver Compensation Study.

Because of all this, trucking companies are at an inflection point. Tim Smith, a trucker who owns his own limited liability corporation based in Michigan, told NBC News earlier this year that the trend line for diesel is unsustainable for him as a business owner. He may have to cut his losses if the pain at the pump continues.

Trade groups and a number of economic experts say the best way to reverse the troublesome trend is increase domestic drilling and to expand refining capacity. This will help to shore up supply and drive down prices.