7 things truckers should know about hydration 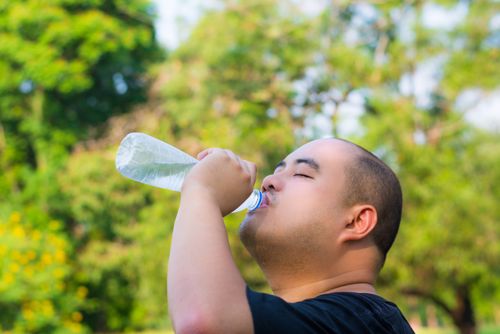 Everyone knows how important it is to hydrate properly and do everything possible to keep up their water intake throughout the day. But for many truckers, that's easier said than done because they go through plenty of drinks every day, and simply equate that with proper hydration.

That's a mistake. Read on to get a better understanding of why hydration is so important and how to achieve it:

You may think that if you're drinking something, that counts as hydrating, but when it comes to many beverages that are popular with truckers, that's just not the case, according to TravelCenters of America. Coffee, soda, energy drinks and the like are actually counterproductive because the chemicals within them reduce how hydrated your body's cells are. If you're not proactive about drinking water throughout the day, it's time to stop drinking these dehydrating beverages.

2) There are plenty of telltale signs

The good news is that it's usually pretty easy to tell when you're dehydrated, TA noted. Apart from the obvious symptoms, things like becoming fatigued more easily and generally feeling "dried out" — even when it comes to your skin — are all telltale signs of dehydration problems.

The amount of water you should consume is probably more than you realize: For many adult men, it can be close to a full gallon, every single day, according to Centerline. That means filling up your water bottle regularly, and then working hard to chip away at that amount throughout the day. Once you get into the habit, though, it's easier to keep up.

4) You should keep track of how much you drink

Along those lines, it's important to invest in a jug or bottle that tells you how much water you've put in, Centerline advised. That way, you can monitor your progress throughout the day and ensure you're keeping up.

5) It takes a bit of getting used to

Again, you probably aren't used to drinking nearly a gallon of anything in a day, let alone just water, Centerline warned. But to ease yourself into the healthy habit, start with things like iced tea or seltzer.

6) There are clear negative effects to not doing it

Even if you've read all of the above and figured, "That's not for me," keep in mind that water is effectively the "oil" to your body's "engine," and helps keep things going strong, according to Fleet Owner. If you're regularly dehydrated, it can make you more susceptible to becoming drowsy and even impair decision-making behind the wheel.

7) It gets worse in certain situations

Finally, truckers should note that there are some situations in which they might need to go above and beyond the previous recommendations, Fleet Owner added. These include if they have difficulty controlling their diabetes, are currently feeling unwell (such as with a cold or fever), take certain medications or even if they're driving at altitude.