Truckers, motor carriers disagree on whether parking is a major problem 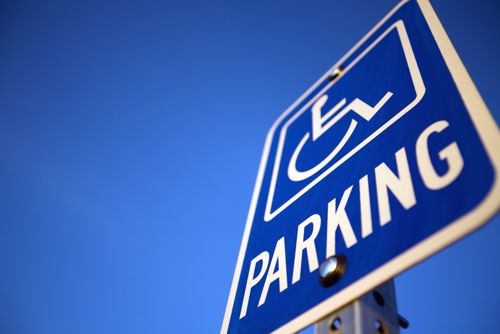 Much like the American citizenry — or even fellow family members — truck drivers and motor carrier executives don't always agree. For example, trade groups like the American Trucking Associations say the driver shortage is the sector's single biggest problem, but other organizations, such as the Owner-Operator Independent Drivers Association, believe the issue is overblown. Indeed, while the ATA argues the shortfall could reach 160,000 drivers within the next decade, the OOIDA counters with the notion that 400,000 commercial driver's licenses are issued per year.

But it isn't just the number of workers that stakeholders are at odds over; they're also at loggerheads on parking — with drivers saying it's a top problem and motor carriers believing otherwise.

Each year, the American Transportation Research Institute conducts a poll among members of the industry to get a pulse on the state of trucking in terms of how things are going. Among the professional truck drivers who were asked to list their chief concerns from 1 to 10 — "1" being the most pressing — tied for first was driver pay and a general lack of available parking.

Motor carriers, on the other hand, say the biggest challenge remains the driver shortage, followed by driver retention and lawsuit abuse reform rounding out the top three. Not only did limited parking not fall in the top five, it wasn't among the top 10 that employers cited. Of the nearly 2,100 poll participants, 49% were owner-operators; the rest were truckers who were employed by a company, motor carrier or otherwise.

Problems with parking 'should not be occurring'
Speaking at the Commercial Carrier Journal' Solutions Summit in Phoenix in early December, ATRI Chief Executive Officer Rebecca Brewster said she has firsthand experience to the parking crisis in her comings and goings.

"The lack of truck parking is a big personal issue for me," Brewster explained, according to Overdrive. "It should not be occurring. This is an untenable position drivers are faced with."

While a dearth of parking spot is the main bone of contention for drivers — more than 70% of drivers say increasing capacity is the best path forward to fixing this issue, according to a separate ATRI study — it isn't the only one. They also point to poor placement of signage and inaccurate park location messaging as contributors.

Differences of opinion aside, some researchers believe addressing the parking situation may also be the solution to the effects of the driver shortage. David Correll, Ph.D, who serves as a research scientist and lecturer at the Massachusetts Institute of Technology, says that more parking spaces would allow drivers to make better use of their time so they don't have to spent so much of it looking for a place to park. In his analysis, long-haul truckers average 6.5 to 7 hours per day when they're permitted up to 11 hours.

It may also lead to more hires by improving safety. According to a study cited by the logistics firm Coyote, half of long-haul drivers do not feel fully safe as they would like when they're at work.

Brewster added that motor carriers should support truckers and speak on their behalf to elected officials in order to better address the problems they face.