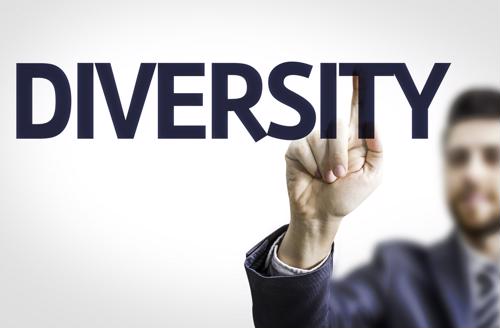 At nearly 8%, women represent a distinct minority of the nation's professional truck drivers. But women are joining the fold at a faster clip, as 7.8% — according to the American Trucking Associations — is an all-time high for the industry.

But it isn't just women who are diversifying a majority male workforce — so too are ethnic minorities.

Minorities — including Latinos, Asians and African Americans, among others — now make up roughly 42% of the United States' professional truck drivers. This data comes courtesy of the American Trucking Associations' latest Trucking Trends 2021 report.

For several years now, the trucking industry has grown increasingly diverse. For instance, back in 2001, around 26.6% of the nation's CDL drivers were black or Hispanic, according to Department of Labor data compiled by Transport Dive. Today, it's closer to 39% — an increase of 45% over 20 years.

Michael Ware of Black Truckers United, a Facebook group Ware founded in 2014, told Transport Dive that he created the group because he wanted more people from a variety of ethnic backgrounds to see that trucking was an option for them in terms of stable employment. He also saw it his group being an outlet to network which he described as "vital" to getting your foot in the door.

Cultural diversity is important to millennials and Gen Z
Diversity and social awareness has become more of a focus for employers of late, both within the trucking industry and elsewhere. This is largely due to the feedback they've received from their workforce, many of whom are millennials or belong to Generation Z. For example, according to a poll conducted by Deloitte, 34% of millennials and 40% of Generation Z have created social media content within the last two years related to political, social or human rights issues . The same survey also found millennials (44%) and Gen Z (49%) relied on personal ethics to guide their decisions on who they wanted to work or volunteer for.

Alphonso Lewis, who has been a professional driver for more than 30 years, says he's definitely recognized the trucking industry's makeup become more multicultural. He really felt a lot of support in the summer of 2020 after the killing of George Floyd and the civil unrest that followed.

"One of my greatest experiences was just getting a phone call from my company asking how I was doing and how I was feeling," Lewis said during a panel held by the American Trucking Associations last year, as reported by American Trucker. "That just made my day."

While strides have clearly been made, there's plenty of room for improvement, particularly among certain types of motor carriers. In a 2019 poll led by Women in Trucking that surveyed 900 long-haul carriers, 16.3% of long-haul drivers self-identified as black, 20.9% as Hispanic and just 3.2% as Asian, Transport Dive reported. Females of all races, meanwhile, accounted for 10%.
Women in Trucking President Ellen Voie said a smart way to make the trucking industry more of a melting pot  is to hire recruiters who are minorities themselves.