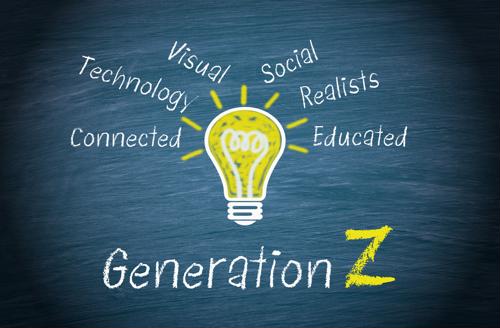 While millennials may be the single largest generation in the United States — overtaking baby boomers more than two years ago, in fact, according to the Pew Research Center — they still represent a minority of the trucking industry. According to a recent study by Coyote Logistics, more than half of the professional truck driving workforce is at least 45 years old and 23% are more than 55 years of age.

With retirements expected to surge in the not too distant future, it's incumbent upon employers to identify what millennials and Generation Z most want out of their work and how those desires differ from the truckers who are senior to them. That insight may be the linchpin to more effectively recruiting and retaining a younger workforce.

1. Adopt leading-edge technology
If you were to ask a baby boomer what single aspect of life had changed the most since they were younger, they may point to the state of technology. From smartphones to the internet, the consumer technologies of the day have been around for as long as Generation Z can remember, but that doesn't mean they take them for granted. According to Anthony Fletcher, president and CEO of My Future Consulting, tech savvy is a major selling point for 20- and 30-somethings.

"For Gen Z and millennials, technology is the most appealing aspect of a job and lack thereof will only lead to high turnover," Fletcher told Global Trade Magazine. "Today's candidates lean towards organizations that are always on the cutting edge of technology. For those companies that have an antiquated approach in running their organization, they are perceived to be out of touch, stifling the individual capability of the organization, thus leading to morale and performance issues – a recipe for mass exodus."

For motor carriers, this may mean adopting the technologies that make navigation simpler or more efficient, such as trailer tracking and dynamic routing, in addition to the systems interstate carriers are required to have, like electronic logging devices.

2. Key in on culture
For prior generations, some may have viewed their place of employment as a means to an end, a way to pay the bills and put food on the table. For younger generations, though, workplace culture is part of the package. They want to come to work and be a part of a community who share a common goal.

Employers who neglect to prioritize company culture do so at their peril. "If a company is known for extensive hours, poor culture, and lack of technology, a qualified candidate – particularly a Gen Zer, can become quickly disinterested and offer their skills to a competitor," Fletcher warned.

3. Make applying for a job opening seamless
Obtaining a CDL is a process unto itself, so when openings are available Gen Z and millennials want applying to be easy-breezy. Older generations may be more accustomed to traditional documents, but since more than 90% of millennials own a smartphone, according to Pew Research Center polling, the ability to apply electronically is the ideal and may persuade more to inquire about the position.