Understanding the five stages of burnout 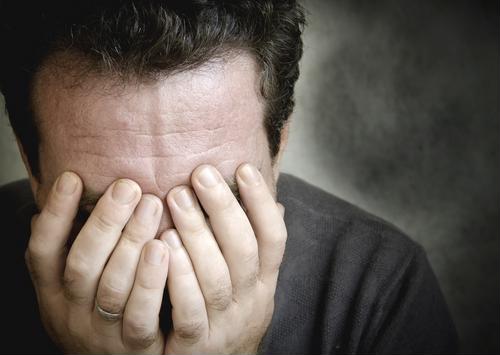 As a professional truck driver — or someone who depends on them as a business owner — no one has to tell you that the nature of the job can be incredibly demanding. You're well aware of this fact. This is true not only because there aren't enough truckers on the road in general, but also the degree to which the U.S. economy depends on the hauling of goods. Indeed, in 2020 alone, nearly 71% of the value of all surface trade flowing between the United States and Canada was moved by trucks, according to the American Trucking Associations. And between Mexico and the U.S., the cross-border surface trade value hauled by trucks was nearly 84%.

That can be a recipe for burnout, which many truck drivers are experiencing. But in order to more effectively address and cope with burnout, it's important to understand how it manifests itself and develops over time. Recognizing the simmering signs can help you take the steps necessary to counter the effects.

According to a highly respected study from Minnesota's Winona State University, there are five stages, or phases, of burnout:

1. Honeymoon Stage
As its title implies, honeymoon stage refers to the very beginning of a job or task that is a potential contributor to burnout. At the outset, there's great optimism, enthusiasm and positivity. The goal is remain in this stage in perpetuity, but you may start to predict or forecast the stresses of the responsibility as the novelty factor begins to fade.

2. Early Stress Stage
This phase, according to the study, is marked by stress awareness and exhibiting the symptoms that are associated with burnout, both physically as well as emotionally. While they may not be everyday, symptoms include fatigue, trouble sleeping, irritability, forgetfulness and headaches.

3. Chronic Stress Stage
Here, the symptoms are more or less the same as in Stage 2, but they're more intense in nature and are occurring more frequently. For example, irritability may turn into aggressive behavior and reduced social interaction may transform into social withdrawal or isolation.

4. Full-fledged Burnout Stage
The penultimate stage is actual burnout. Not only are the symptoms severe but they're affecting virtually every aspect of your life. The study's authors refer to this stage as "crisis" mode, in which the manifestations of burnout must be addressed to restore normalcy.

5. Habitual Burnout Stage
The fifth and final stage is habitual burnout, or "enmeshment," as the authors of the study describe it. Getting to this phase can be life-altering because the burnout symptoms have become so deep-seated and ingrained that it's actually changing the person and their outlook on life. The potential consequences may include severe depression, complete lack of interest in things you used to enjoy and chronic fatigue.

Recognition of symptoms, coping mechanisms and reaching out for support are all crucial to winning the burnout battle.