The biggest driver of the trucker shortage 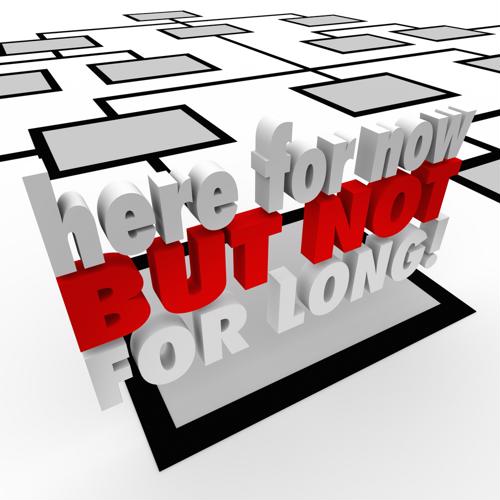 What is the root cause of the truck driver shortage? Is there one? As with the causes of the supply chain issues, there are several factors contributing to the problem. Some have pointed to low pay, while others have referenced the fact that drivers are retiring, since the average age among commercial truck drivers is climbing.

There will likely never be universal agreement, but a plethora of evidence suggests the overarching factor has more to do with individuals opting to quit their job — or leaving the industry completely — than anything else. In short, the key problem is retention. And when examining the rate of turnover, the argument holds up.

Report: One-third quit within 3 to 4 months of starting job
Furthermore, when truckers do decide to hang up their keys, it's frequently not too long after they began working for their employers. Indeed, in a 2018 study published by Stay Metrics, more than one-third of drivers wound up quitting within three to four months (90 days) of being hired, CDL Life reported at the time. This is telling, since according to the American Association of Motor Vehicle Administrators, an average of 450,000 new commercial driver's licenses are issued per year, per National Public Radio.

So if the issue really does revolve around retention, what can employers do to persuade more drivers to stick around? As the American Trucking Associations has pointed out, it will take more than paying more. It will also entail, "regulatory changes and modifications to shippers', receivers', and carriers' business practices" for conditions to truly improve, the trade group wrote in their October labor shortage update.

What needs fixing?
The issues drivers and motor carriers would like to see resolved include reducing the age at which drivers can cross state lines (it's currently no younger than 21 in several states), increasing the availability of parking spaces (a cause championed by the Owner Operator Independent Drivers Association) and reducing some of the barriers that stand in the way of obtaining a commercial's drivers license. In an opinion piece penned for Transport Dive, author Santura Pegram, who used to work as a longshoreman, said providing training to former convicts would help to resolve the truck driver shortage, reduce recidivism and clear up the log jam affecting the ports.

"These certified truck drivers could hit the streets and be ready to go to work in a matter of days or weeks," Pegram wrote. "And they could be used by trucking companies, manufacturers, local Teamsters unions and retail outlets to transport containers from seaports and airports locally, regionally and/or across the country."

The American Trucking Associations also supports easing hiring standards so those who have criminal histories can obtain employment after adequate training.