Has the trucker shortage reached a point of no return? 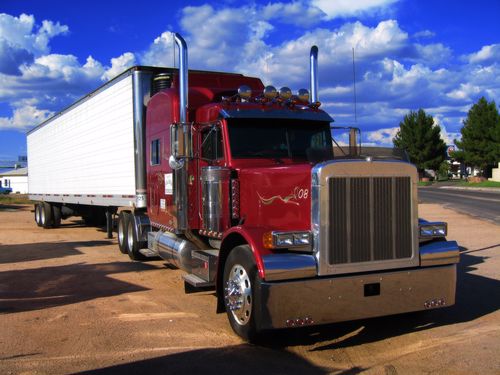 Unlike the numerous shortages affecting the global supply chain, several of which are fairly recent, the lack of commercial truckers isn't new. It's a decades-long issue that is more manifestly apparent given the current economic environment. And with each year that passes, the shortfall grows worse.

But just how bad has this problem gotten for the industry and the country as a whole? According to the American Truckers Associations, it may have reached critical mass.

Back in the 2000s, when the commercial truck driver shortage was gaining momentum, the ATA and other industry trade groups said tens of thousands of drivers were needed to accommodate increased demand. In less than 10 years, that total could reach 160,000. This estimate is newly released from the ATA's recent Management Conference and is based on the current rate of growth in the driver shortfall.

Bob Costello, who serves as chief economist at the ATA, said a driver shortage of this size and magnitude is unprecedented.

"Let me very clear about that ... this is sort of a warning to the entire supply chain, to the motor carriers, to shippers, to everybody," Costello warned, according to Supply Chain Dive.

Shortage up 30% since 2018
The commercial driver deficit has picked up in intensity, given the uptick in demand. For instance, in 2018, ATA estimated the shortage to be approximately 61,000. Three years later, it's reached 80,000, an increase of over 30%, according to the ATA's findings.

While some truck drivers contend that the shortage is not as serious of an issue as some believe it to be, it's routinely cited as a problem among motor carriers. In the American Transportation Research Institute's annual report that asks industry professionals to cite the biggest problem facing the profession, the driver shortage was cited the most. It's the fifth year in a row that it's been referenced more than any other issue. Driver retention jumped from No. 6 in the 2020 report to No. 2 in 2021.

Poor port management exacerbating delays, motor carriers say
With the ongoing backups affecting the nation's shipping ports, some believe that the inability to get more drivers is the root of the ports' problems. But truckers and motor carriers that frequent some of the ports in California say that's not what's causing the delays.

Bill Aboudi, president of the AB and Oakland Port Services Corp. told FreightWaves that poor management and technological snafus are more to blame than anything.

"It's the terminal operators that are not managing the workforce properly and don't realize that they had a problem with a computer system until it's too late," Aboudi said.

Aboudi added that because of the confusion and lack of direction occurring at the ports, his drivers wind up spending multiple hours waiting in line to pull "maybe" one container per truck each work day. They're typically able to get much more done in a standard shift.

As for fixing the driver shortage problem, Costello said it will likely require a combination of solutions to improve hiring and shore up the industry's employment. This includes increasing pay and making several regulatory changes.