Truckers offer their take on how to fix the supply chain 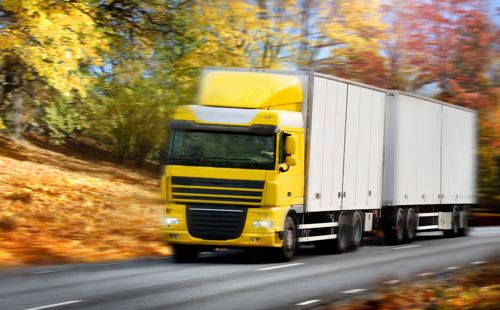 Since many of the products that flow into and through the United States depend on truck drivers, they're uniquely qualified to comment and offer their take on the issues affecting the economy. Perhaps nothing is quite as front and center these days as what's happening with the supply chain. From seeing the challenges live and in person at shipping ports, to delivering packages to not-so-patiently awaiting customers long after items were expected to arrive, truck drivers have a front-row seat to the bottlenecks driving inflation and inventory shortages.

Given this, Trucker News recently collected comments from several individuals who are either drivers themselves or represent trucking interests. Each offered  opinions on the core reasons behind the supply chain challenges and what can be done to resolve them.

Their answers are illuminating. The following are some of their suggestions:

1. Hire more truck drivers
Few issues within the trucking industry are more talked about than the driver shortage. The American Trucking Associations recently announced the shortfall is poised to reach 80,000 by the end of 2021.

Respondent Diane O'Kelly, whose job title was not identified, said she believes more drivers is the solution, and the best way to attract those drivers is by paying them more.

"The average truck driver makes the same exact wage that drivers were making in the 1970s despite the increase in the cost of living," O'Kelly explained. "$800 per week was a lot in the 1970s but today it's hardly worth the sacrifice we make and the danger we are put in by the motoring public."

According to data from the American Transportation Research Institute, wages are rising among more carriers and employers. Retention bonuses, for example, rose more than 80% in 2019 compared to the previous year, American Trucker reported from ATRI's analysis.

2. Create a board chaired by seasoned drivers
Respondent Terry Hanner says he believes more leadership is in order by setting up or creating a board or trade group composed of professional drivers.

"They [i.e. the board] can work directly with the Secretary of Transportation to get feedback on what is going on in real-time especially in hotspot sectors," Hanner suggested.

Drivers who share this view say that since professional drivers can speak from experience, they can offer insight into what strategies and solutions can encourage more drivers to enter the industry or implement solutions that can increase retention.

3. Increase the number of rest stops
Some think that the best solution may be through infrastructure improvements. Respondent Juan Vazques said one way to go about it is by making rest stops easier to find. In short, build more of them. He noted that since stops are often required as part of hours of service rules, the fact that many have closed requires drivers to go out of their way to find those that are still operating.

A 2018 report from the Reason Foundation, called "Rethinking Interstate Rest Areas," which supports modernizing rest areas for the 21st century, says doing so will have the dual benefit of providing more places for trucks to park, another issue referenced by several of the respondents.

Addressing high fuel and truck prices and regulatory strictures were some of the other things respondents referenced as how to improve the supply chain.