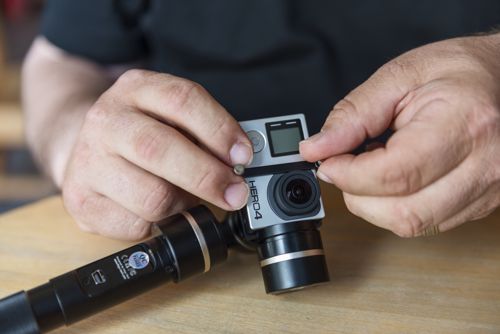 In recent years, dash cam footage has become a popular genre of video online, often because they show drivers behaving dangerously or isolate amusing instances of roadway mishaps. While not necessarily germane to a trucker's job, that popularity underscores the utility of technology: It can be used as necessary to show the notable moments drivers of all kinds experience on the nation's highways and byways.

There are many reasons that footage can be helpful for truckers, including the following, which are all good arguments for why installing a dash cam is a good idea:

1) Think of it as an investment

First and foremost, the thing to keep in mind about having a dash cam is that it can be relatively inexpensive - even when installing a multi-camera system, according to Smart Trucking. Today, HD digital video cameras are quite affordable, and can pay for themselves in the event of one adverse incident.

2) It can reduce liability issues

Indeed, one of the biggest issues truckers - and other drivers - face is how to prove what happened in an accident, Smart Trucking said. Whether minor or quite serious, a few seconds of dash cam footage can show exactly what transpired, making it easier for pro haulers to prove they did everything right to avoid an accident.

3) One system can record multiple angles at once

Despite the name, "dash cams" are actually widely considered to be small cameras that can be installed all over a vehicle, catching every angle, according to AA Insurance. That way, in the event of an accident or other incident, you may have a view of the contributing factors, all easily accessible.

4) They're made with low-tech users in mind

You don't need to be a tech wiz to install a dash cam - or even a handful of them - on your truck, AA Insurance added. These days, video camera technology is practically "set it and forget it," meaning you can put them in place and use them as needed throughout the many miles you drive in a given month.

5) It keeps you engaged

As you might expect, when you know your actions are being recorded for posterity, you may be more likely to drive safely, according to Middleton & Meads Co. Most truckers are, of course, conscientious and safe behind the wheel, but can make the occasional bad decision. With a camera recording your every move, that tendency may be even further reduced.

6) Some only turn on in dangerous situations

Today, there are plenty of features you can use with dash cam systems to make them even more effective, Middleton & Meads Co. noted. For instance, there may be some that don't record everything, but can be set to turn on automatically when you exceed a certain speed, hit the brakes hard, take a sharp turn and so on.

7) It can be a layer of job protection

Understandably, trucker's jobs can be tied to their driving record, but unfortunately even an accident that isn't their fault can result in job loss, Middleton & Meads Co. further advised. With dash cams, drivers have that extra level of evidence to prove they did everything correctly, and that could help save their jobs.