5 do's and don'ts for trucker safety 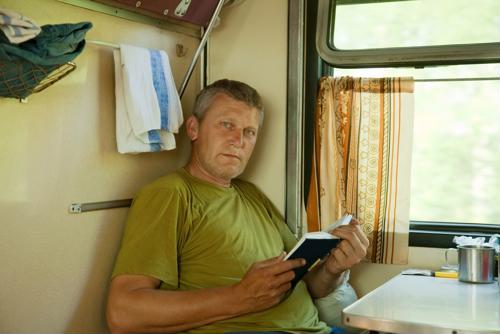 A trucker's job is simple: Get shipments from Point A to Point B. Obviously, there are a lot of issues that go into doing that correctly, such as planning, accounting for a million potential inconveniences and so on, but central to all of it is the idea of safety behind the wheel. Drivers have an obligation to do all they can to keep themselves and their cargo as safe as possible, so following basic principles of defensive driving and other good behaviors is a must.

As a consequence, drivers should always keep the following do's and don'ts in mind as they go about their daily work:

The simplest rule of driving safety, of course, applies to truckers as well, no matter how many miles they've driven across the nation's highways and byways, according to America Truck Driving School. Some pro haulers may let this behavior slip simply because they may maintain perfect driving records and the sense of security that comes from riding in a big rig so high above the road. However, all it takes is one mistake - by you or someone else - to create some seriously dangerous conditions.

This is another thing most drivers are good at but certainly bears repeating: Never speeding, accelerating or braking too hard, passing dangerously and otherwise engaging in iffy behaviors are all absolute musts, America Truck Driving School said. Put another way, drivers should regularly remind themselves of everything that goes into proper defensive driving and make sure they follow those standards to the letter.

Do: Make sure cargo is secure

When a truck is being loaded - whether it's done by a driver personally or a team at a shipping partner - everything needs to be properly balanced and secured so that it does not shift during transit, according to Triumph Business Capital. Especially in the case of having the truck loaded by others, drivers still have a responsibility to check over their loads carefully to make sure everything is as it should be, because a number of factors could otherwise come together to create a dangerous situation.

Just like a chain is only as strong as its weakest link, a truck is only in good shape when its various parts are properly maintained, Triumph Business Capital cautioned. For that reason, drivers need to be diligent about making sure all parts are ready to go, and to get them repaired or replaced if they're not, before every trip. While it's impossible to plan for every eventuality on the road, that kind of diligence goes a long way toward reducing accident risk.

Do: Get plenty of rest

It's often said that driving drowsy is just as dangerous as driving drunk, and if you're not wide awake when you get behind the wheel, you may be putting yourself or others at risk, according to Love to Know. As a result, taking that extra little while to fully "wake up" in the morning or turning in as soon as you start to feel sleepy at night is always a good idea.