6 things truckers want from the job 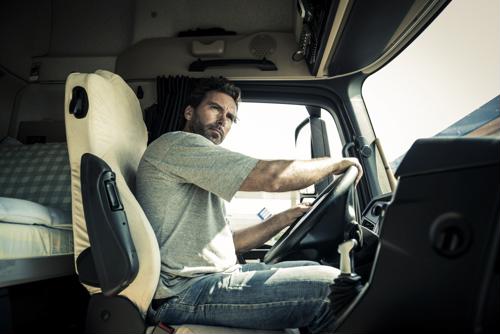 The headlines about trucker attrition in recent years have been a bit jarring for many in the industry, but the good news is that they led more companies to reconsider how they deal with drivers on an ongoing basis. Even if your organization has made a number of changes to be more driver-friendly of late, it never hurts to make this a continuous effort and continually reach out to drivers, whether directly or more passively.

With that in mind, it helps to have a general picture of what truckers are looking for in the worker-employer relationship, including the following:

Poll after poll in the industry show that truckers generally feel as though they are not receiving as much respect — from the general public, lawmakers or even employers — as they deserve, given their vital role in the U.S. economy, according to One Way Trailers. For that reason, it's important to make a respect-first approach to all driver interactions, never talking down to people who have likely driven hundreds of thousands of miles or more for your company.

No one likes to drive around in a vehicle that has a million problems big and small, and the best way for truckers to avoid that particular frustration is for companies to be more proactive about maintenance, One Way Trailers added. It may not be enough to give the truck a once-over before every trip, and make routine maintenance a regular practice.

Truckers put in many miles and long days and nights away from home, and that can be hard on those who have families, according to EZ Freight Factoring. As such, it's important to build more consecutive days off into drivers' schedules so they can get a little more time at home.

Every driver who has been living life on the road for years likes to feel all that hard work is appreciated, and it might be a good idea to put more effort into ensuring those drivers' needs are taken care of, EZ Freight Factoring said. While you may not be able to grant every request for extra vacation time or always give them the best routes, that should certainly be the general thrust of your efforts.

Not everything in this industry is sunshine and rainbows, for dispatchers, executives or drivers, but it's important to keep a positive attitude in all interactions with your truckers, according to Encore Protection. That way, even when things get a little tough, there's not an added layer of doom and gloom to deal with.

6) Opportunities to advance (if they want them)

While not all truckers want to start living that "desk job" life, that kind of thing might appeal to others, Encore Protection advised. For that reason, make it clear to truckers that they will be strongly considered for any dispatcher or other office position if they want to make the switch, regardless of what other qualifications they might (or might not) have.