5 keys for truckers to plan their next trips 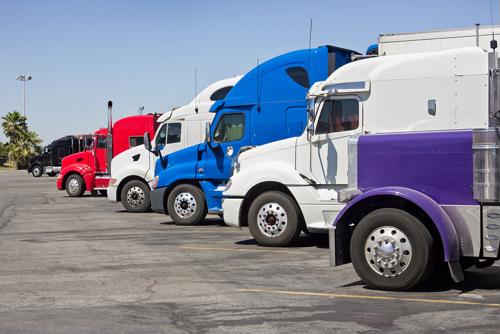 As a trucker, you know that every second you spend behind the wheel is valuable, and for a number of reasons. For one thing, you want to get where you're going on time, or even early, and you also have to grapple with 14-hour limits to your operating time each day. As such, the more you can do as a pro hauler to nail down your schedule and give yourself a clear picture of your entire trip, the better off you will be.

The following tips should help you get a better handle on this issue, as long as you set aside time before you hit the road to fully map out your route:

1) Plan on a granular level

Some drivers may find success by taking the broad view of planning their trips, but it's a better idea to get into the nitty-gritty details, according to Schneider. When you can figure out more or less how much you'll drive in a given day, every single place you'll stop (and for how long) and so on, it becomes easier to adjust when things go sideways due to breakdowns or traffic jams.

2) Don't rely on just one source

When you're trying to map a route, don't just assume that any one source has all the information you need, Schneider said. Google Maps might tell you one thing about what traffic in a given area looks like at a specific time each day, but Apple Maps or your GPS service could have estimates that are quite a bit different. Likewise, when figuring out where you'll eat, it's important to nail down when or if restaurants or stores will be open when you roll through.

3) Give yourself as much time to stop as you need

One thing you should try to avoid is booking yourself too tight when it comes to your stops, according to Upper. Even if you only think you'll spend half an hour at a rest stop, it might be wiser to budget for 45 minutes or an hour, just to make sure there are no delays or setbacks that throw off your whole plan. And if you still wrap everything up in 30 minutes or less, you're suddenly ahead of schedule.

4) Build in a cushion for unexpected issues

Along similar lines, even the best estimates for traffic on your trip are likely to be at least a little off, and it's also a good idea to give yourself extra time to just go between Points A, B, C, D and beyond throughout your trip, Upper advised. That way, you don't have to worry when you're stuck in traffic.

5) Plan on an average speed of 38 miles per hour

In general, experts say truckers should try to give themselves about one hour to travel 38 miles on their trip, on average, according to Driver Source. While that's obviously not a catch-all, it's at least a solid estimate for how long a run should take, and the kind of jumping-off point you need.