The do's and don'ts of holiday dieting for truckers 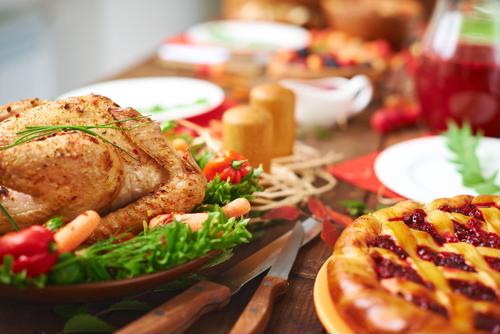 Let's face it: The holidays are a time for just about everyone to overindulge in great food and drink, and for those who are trying to stay healthy, it creates a strange situation. You may really, really want to go hog wild on turkey, mashed potatoes, stuffing and more, but you probably understand how much of a challenge that presents for eating right.

If you really want to strike that just-right balance, though, the following advice could go a long way:

Do: Try to factor in more colorful veggies

Look at the standard plate of Thanksgiving food: It's lots of white and brown, according to Life as a Trucker. That's usually a pretty good indicator that it's not exactly good for you. However, when you can add pops of color — from squash, green beans, carrots, spinach and more — you'll be eating better even if you go a little bit overboard.

Don't: Overload for any one meal

That having been said, it's important to note that while you may want to eat a lot of food all in one sitting, it's usually a better idea to "graze" throughout the day, Life as a Trucker added. As a result, you're not packing in a ton of food that your body has to work harder to process, and you're generally going to be less hungry if you eat more often, rather than stuffing yourself.

Do: Eat smarter throughout the week

Similarly, when you know you have a big day of eating coming up — such as on Thanksgiving or Christmas — it's probably a good idea to take it easy with other meals in the days leading up, according to Trucking Info. When you do that, you don't have to be as calorie-conscious for the big one and you'll set yourself up for success.

Don't: Indulge in stuff you know is bad

There are some foods you may love to eat at this time of year, like chocolates or pie, that you know with absolute certainty you shouldn't load up on, but you do it anyway, Trucking Info advised. You may think, "'tis the season" and all that, but exercising a little willpower should go a long way toward helping you avoid putting on those extra pounds.

Do: Make a meal plan

You can usually get a pretty good idea of what will be served at a Thanksgiving or Christmas dinner, and with that in mind, you can crunch some numbers to figure out what you should or shouldn't eat, or how much to have, according to the Fit Father Project. That's just the kind of meal planning that can really pay off, much like you should make your own meals and pack them before every trip.

Don't: Fly by the seat of your pants

Finally, just like with meal planning, it's a good idea to make your pre- and post-holiday meals at home so you don't end up just getting whatever they have at the next truck stop, the Fit Father Project said. That way, you can be more conscious of carbs, calories and more.