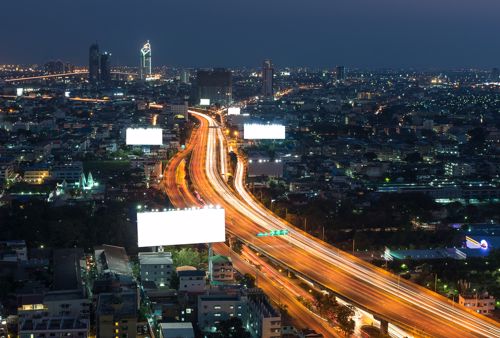 For any driver, the occasional traffic snarl is nothing more than an unavoidable but annoying part of their lives. But for professional truck drivers, it can also be the difference between getting to a destination on time, butting up against their 14-hour operation limits and a source of significant anxiety. For that reason, truckers may have to do more to successfully deal with this issue on an ongoing basis.

How? The following tips should help them stay on top of the problems that often arise as a direct result of rush hour traffic:

1) Chart a course to avoid it

First and foremost, keep in mind that rush hour traffic is fairly predictable and can therefore be something you strategize for, according to Platinum Drivers. You know when and where rush hour traffic generally happens, so it's a good idea to plan your drive so you avoid population centers in the mornings and early evenings. Sometimes, the issue is unavoidable, but often, a little planning goes a long way.

2) Stay in touch to learn about big snarls

Of course, sometimes rush hour traffic is particularly bad as a result of an accident or something else you couldn't have necessarily planned for, Platinum Drivers added. For that reason, try to leverage technology and communication with your dispatchers to make sure you can stay on top of any issues and reroute to avoid the biggest backups.

3) Give yourself as much space as you can get

When you do get unavoidably stuck in bumper-to-bumper traffic, it's still important to make sure your big rig gets the space and respect it deserves from other drivers, according to U.S. Transport. Creating as much space for yourself as you possibly can will help you avoid getting yourself into an unavoidable and potentially dangerous situation.

4) Accept that it's coming

While many truckers are a bit too experienced to get truly upset about a traffic jam, it can still be frustrating to deal with on occasion, especially if you're so close to yet so far from your destination, U.S. Transport noted. Consequently, you need to understand that there's no point in getting upset — honking your horn won't change anything, after all — and just accept that this is part of the job.

5) Upgrade your mirrors and other safety gear

Whenever you're in a traffic jam, you have to have a good idea of everything that's going on around you, according to Suburban Seating & Safety. Of course, big rigs come with big blind spots, so it's not always easy. With that in mind, you might want to invest in gear like bigger mirrors that show you more of the space around your vehicle, or even blindspot detectors and cameras that give you a better view.

One of the biggest issues in a traffic jam is that you're often crawling along at a snail's pace, and it's easy to get frustrated, Suburban Seating & Safety said. As a result, you need to have somewhere to turn to take your mind off the frustration. That could be listening to talk radio, a new podcast or just your favorite music.