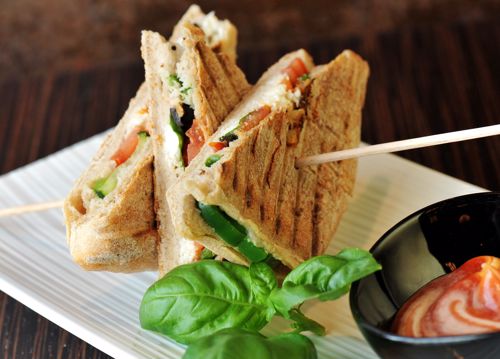 A lot of people across the country could probably stand to shed a few pounds, and truckers certainly fall into that category. To that end, you have likely heard of the benefits of eating more small meals throughout the day (perhaps as many as six) rather than two or three big ones. Think of your digestive system as a highway: Any time you have a big meal, the lanes are clogged like it's a Friday rush hour.

But when you have smaller meals more often, there's less congestion. As such, your body does a better job of getting everything moved through smoothly. There are other benefits, too, including the following:

1) It's good for people with certain health conditions

For those who have diabetes or hypoglycemia, a steady number of smaller meals over the course of your day may be able to help you avoid unexpected highs or lows in your blood sugar, according to CNN. Simply put, things may be easier to manage if you are regulating your carb intake throughout the day, rather than loading up a couple of times.

2) It can be easier to fit into your schedule

A trucker's life is dominated by deadlines, and you may not always have time to sit down and eat a large meal when you were hoping to, CNN said. With that in mind, having a smaller meal you can eat a little more quickly can help you stay on schedule.

3) It keeps temptation to snack to a minimum

One of the big pitfalls of trying to eat less or more healthily is it's hard to ignore those rumbling stomachs in the afternoon or close to bedtime, according to WebMD. But if you're eating smaller meals throughout the day, you're less likely to have to deal with those temptations, and can continue on your normal meal plan.

Just about everyone has had one of those meals so big you feel like you need a nap afterward, and that's the effect of your body working to process a lot of food eaten in a short period of time, WebMD advised. You may not feel the effects that strongly on a daily basis, but if you find yourself consistently getting sleepy after your meals, that's the issue. More, smaller meals will help you avoid that feeling.

5) It fuels you throughout the day

If you're eating a small meal four, five or six times a day, you probably can't skip breakfast, according to Healthline. That's a good thing: While its role as "the most important meal of the day" is overstated, a small, healthy breakfast can give your body the fuel it needs after not eating anything for as much as 12 hours.

6) It might lead to you eating fewer calories overall

Often, we eat a lot of food for lunch or dinner because we've gotten hungry and, more to the point, want to clear our plates, Healthline added. But if you're not as hungry for a standard lunch or dinner, your temptation to load up your plate will be minimized as well.