How can you get more money per mile? 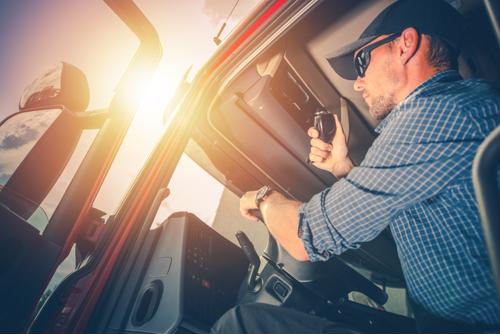 In recent years, the national trucker shortage led to plenty of headlines about what drivers get paid - and what they actually deserve. Certainly, pro haulers have been able to command stronger per-mile compensation and more bonuses from freight companies of late, but in comparison with what they used to be paid on an inflation-adjusted basis, they still have plenty of ground to make up.

With that in mind, you may be wondering about the best approaches to boost your own pay by negotiating with your carrier, and there may be many ways to go about it, according to Smart Trucking. First and foremost, you will want to go into any conversation like that armed with all the right information about what drivers with your level of experience in the industry typically earn and the kinds of bonuses or perks you may be able to command on the open market.

In addition, you might want to think about the cost of living in a given state and adjust your expectations accordingly, the report said. Experts say if you're seeing huge per-mile rates for job listings, that can be misleading because they may require you to live in states where the value of a dollar isn't quite what it is elsewhere; $50,000 in Arizona, for example, will go a lot further than $50,000 in New York.

What to keep in mind
If you're going to ask for any kind of a raise from your current employer(s), it's vital to enter that discussion with some talking points in mind, according to Business Insider. That may require you to think about what you've done to "earn it" in your company's eyes. You likely won't get a raise just because you've been around a long time or think you deserve it, so having some hard data about what makes you worthy of an increase is always a good idea.

Another good idea? Going in not with a specific number in mind for your pay raise, but a preferred range so you won't end up disappointed if you don't quite hit the goal you were hoping to reach, the report said. It's also important to be flexible so if an actual increase isn't in the cards, you can pivot to asking for perks like more nights at home, right of first refusal on easier routes and so on.

Understanding the realities
The fact of the matter is that even as companies see surges in demand and face a trucker shortage, many may still be reticent to boost your per-mile pay, according to Truckers Report. The industry is changing significantly, largely because companies seem content to lose drivers rather than do what it takes to retain them, so you should also be willing to walk away - even if you've been employed by the same company for years or more - if you don't feel you're going to get the compensation you deserve, whether in the form of higher pay or better perks.