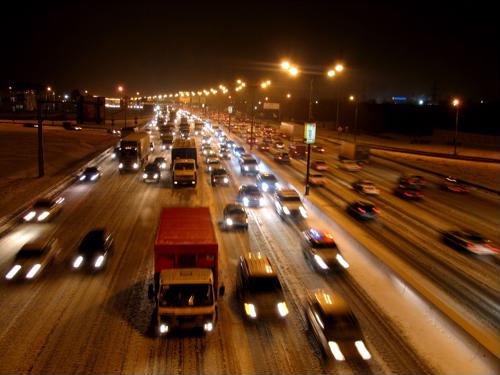 Truckers have a lot on their plates even in the best of times and often their work requires them to drive for long periods of time overnight. That brings with it some unique risks, especially as it relates to other motorists driving their vehicles more unpredictably.

For these reasons and more, it's always a good idea to brush up on the basics of driving safely at night:

1) Don't drive when you're tired

The No. 1 thing any driver needs to keep in mind at night - whether they're a pro hauler or just someone going from Point A to Point B - is the dangerousness of driving while drowsy, according to Trucking Truth. In fact, some studies have shown it can be as risky as drunk driving. For that reason, if you're ever feeling tired behind the wheel, it's best to pull over as soon as you can.

Just like you would during the day, it's important to keep your distractions behind the wheel to a minimum, Trucking Truth advised. That means avoid eating while you're in motion, not fiddling with the radio, keeping your phone in your pocket and so on. It's always better to keep your eyes on the road and both hands on the wheel.

3) Make sure your eyes are up for it

Of course, it's also important to make sure your eyes are in the best shape possible to see things at night, so you should get them checked by an optometrist at least once a year, according to Western Truck. As people age, their ability to see at night becomes greatly diminished; having the right corrective lenses should help you see as much as possible as you navigate the nation's highways and byways after dark.

Almost every driver knows the difficulty of having a windshield that got a little too dirty and being blinded the headlights from oncoming traffic, Western Truck added. To avoid that, do all you can to clean your windows - both inside and out. That extra effort will help ensure you can see as much as possible around you.

5) Be extra vigilant about what others are doing

Especially at night, other motorists you encounter on the road are likely to drive a little more erratically, and there's not as much traffic to help keep them in line, according to All Truck Jobs. For that reason, you would be wise to give other drivers a wider berth at night, so that if they make any sudden moves, you have plenty of space to react. While that may not always be possible, giving yourself as much room as you can manage helps reduce the risk of an accident.

And as always, it's just a good idea to use your common sense and the skills you've honed over hundreds of thousands of miles behind the wheel of a big rig.