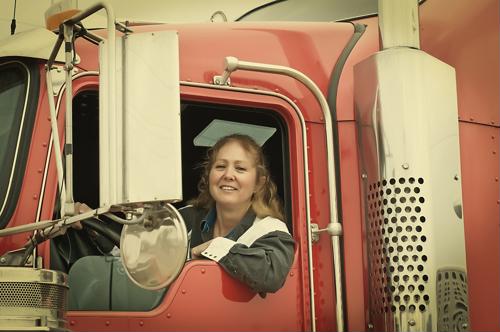 There are many things that go into a life on the road that the layman may not consider. Truckers, of course, know that there are plenty of tools and other pieces of equipment that make their lives so much easier as they navigate the nation's highways and byways.

So for those just starting out in the industry, here are five great investments you should make, that any long-time trucker would recommend:

1) Sunglasses and a hat

Many people may not think of it, but no trucker's outfit is complete if you're not protecting yourself from the sun, according to the Advanced Technology Institute. Its rays can be blinding - raising your risk of getting into an accident - but it's also a good idea to have sunglasses and a hat in your cab at all times simply because of the added protection from sitting in the sun's harmful rays.

To that end, it's also a good idea to pack sunscreen. This will help shield you from getting a sunburn and reduce your long-term cancer risk.

2) A slow cooker and mini fridge

Eating healthy and saving money should be the name of the game for any aspiring trucker, because spending on fast-food meals at rest stops adds up quick - both on your wallet and waistline, the Advanced Technology Institute advised. Installing a slow cooker and mini fridge in your cab will give you the option to buy healthy ingredients you love and make fresh food that doesn't require a lot of prep work as you drive for hours at a time.

3) An adequate toolbox loaded with extras

A workman is only as good as his tools, as the old saying goes, so a well-stocked toolbox - with hammers, socket wrenches, screwdrivers and more - is a must-have, according to Truckers News. In addition to the standard stuff, it's also a good idea to have duct tape, electrical tape, WD40, fuel additives and so on to make sure that if certain problems arise, you have the supplies on hand to deal with them easily.

As a pro driver, you should never be in a position where you're struggling to see out your side windows, windshield or rearview mirrors, Truckers News added. Having some glass cleaner and either paper towels or a washcloth on hand is vital to making sure you're at peak visibility as much as possible. You should also stock up on windshield wiper fluid.

A smart trucker always checks the forecast before leaving for a run, and packs accordingly, according to the Truck Loan Center. If you see that you're going to be transitioning from, say, warm to cool weather, it's a good idea to bring a jacket. If it's not snowing where you are but it will be at your destination, have some extra winter gear on hand.

It should go without saying, but the GPS on your phone just won't cut it if you want to get into being a pro hauler, the Truck Loan Center cautioned. A trucker-specific GPS device will help you get where you need to go as safely and quickly as possible.